WHAT IS GASTRIC BYPASS SURGERY?

The basic logic of this method is found in food delievery to the end point without being fully digested, achieved by opening a shortcut way through the digestive system. As a result to the gastric bypass surgery, nutrients are being bypassed(passed over) from the beginning of the stomach to the middle of the small intestine.

Thus, most of the stomach, the duodenum and the first half of the small intestine are no longer in use. These parts remain as a one way dead road zone, open at the bottom end towards the active digestive tract, but closed up to the upper one. Those still have the function just for providing the excreta into the system. Foods pass these parts by without ever entering and after insignificant digestion are being thrown out. This surgical method also provides mechanical and hormonal effects such as reducing appetite and speeding up the feeling of saturation. 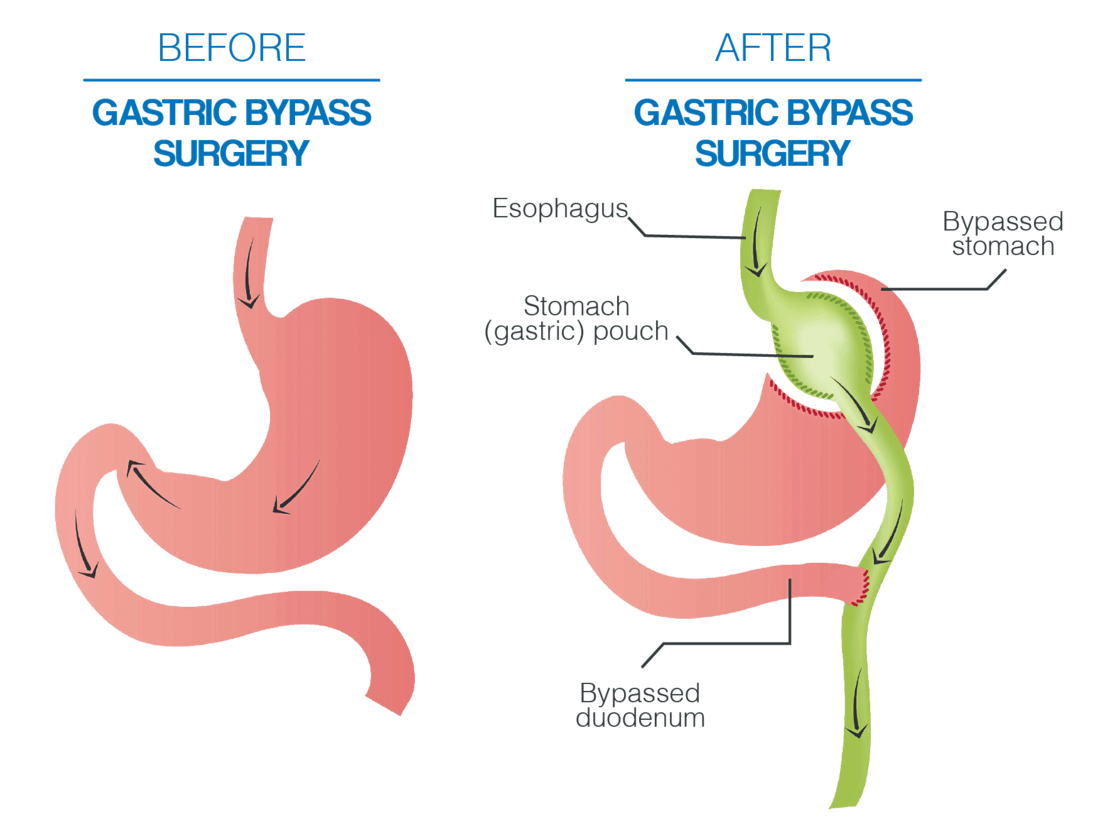 This surgery is performed with a closed (laparoscopic) technique. It is an operation that requires advanced technological devices and equipment. The new flow pattern created in the abdomen is permanent and cannot be reversed. The results in terms of getting weight loss are greatful. The life-threatening rate during the operation is about 1-2%.

RNY gastrik bypass was the most commonly used slimming surgery in America.

But, these days it is being less performed due to the fact that Sleeve Gastric Surgery is getting more and more commonly used as a surgical method world widely.

One anastomoz (mini) gastric bypass (OAGB) is one simplified version of the RNY bypass, which is nowadays one of the most preferred bypass surgical procedures.

One Anastomosis Gastric Bypass is an operation that has proven efficacy in terms of weight loss. However, having in mind that the upper segment of the small intenstines is put out of use, there is always certain risk of vitamin-mineral deficiency development on long term. 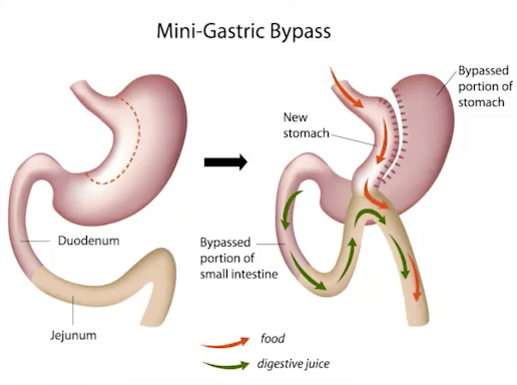 It is highly effective in the treatment of type 2 diabetes.

OAGB operation is suitable also as a secondary revision surgery, in patients who have experienced first unsuccessful Sleeve Gastrectomy .