HOW DOES HUNGER AND APITITE WORKS IN OUR BODY?

We all need food to survive. The need to supply food to generate energy is a driving force in the biology of all living organisms. It is more than natural for our body to have a complex system operated by our hormones in terms of control to nutrient intake.

Hormone levels change both when we gain weight and when we lose weight. Even though we try hard to change our diets and eating habits, hormonal imbalance is also the reason we regain the lost weight.

The system responsible for regulating nutrient intake in our body is the hypothalamus, positioned just behind our eyes, under the midline of our brain. 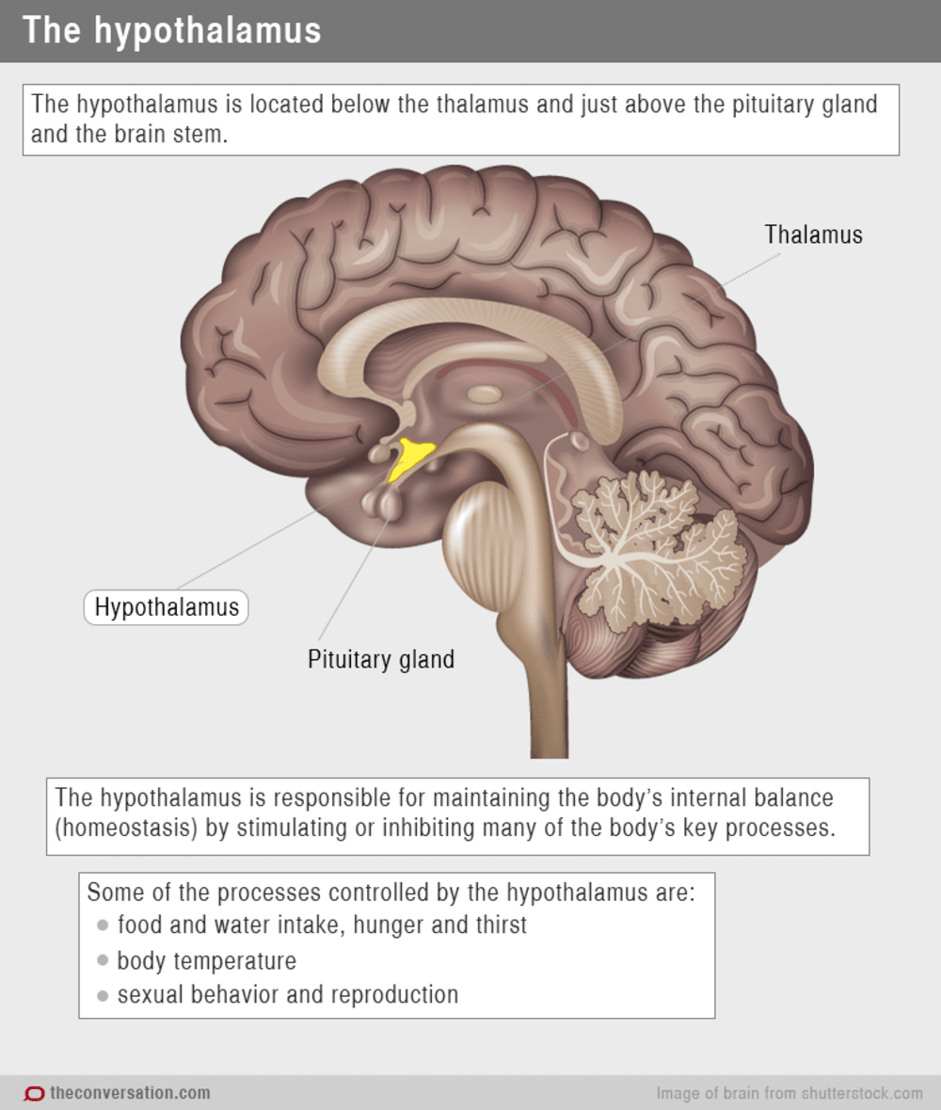 The hypothalamus is located under the thalamus, just above the pituitary gland and the brain stem.

The hypothalamus is responsible for maintaining the body's internal balance (homeostasis).

Some processes controlled by the hypothalamus

There are nerve cells in the hypothalamus whıch, upon actıvatıon, produce the feeling of hunger. These nerve cells produce two proteins that elicit the sense of hunger: Neuropeptide Y (NPY) and agouti-associated peptide (AGRP).

Close to these nerve cells, there is another group of nerve cells that strongly suppress the feeling of hunger. These cells produce two different proteins that suppress hunger: Kocaine and amphetamine-regulating transcript (CART) and melanocyte-stimulating hormone (aMSH). These two sets of nerve cells initiate starvation signals and send these signals to other regions of the hypothalamus. Thus, your wish of eating or not eating depends on the balance of action between these two groups of neurons.

So what determines which neuron group will dominate at any moment of time?

The determinants are our hormones. These hormones are secreted from organs such as the small intestine, pancreas, which work on obtaining and storing energy.

Insulin-like peptide 5 (ILP-5): It was discovered in 2014 , as a hormone produced mainly in the large intestine, having role in arousement of the secondary feeling of hunger. But, we are not familiar in total with its physiological role, yet.

Cholecystokinin (CCK): is a hormone produced in the small intestine which gives the sense of saturation in co-relation with the nutrient intake. The moment the food reaches the small intestine, the same moment this hormon gets activated for feeling saturation. This hormone`s action has been prooved by one experiment made by a group of researchers, in which Cholecystokinin made food intake termination the same moment it was injected into the brain of an eating mouse.

Leptin: It is a very strong appetite suppressant hormone and is produced in fat cells. As the number of fat cells increases, the body produces more leptin.

Amylin, insulin and pancreas polypeptide: All these hormones are produced in the pancreas.The brain reaching Insulin reduces the feeling of hunger by causing the message in the brain " There is enough energy in the body ”. Amylin is produced by insulin-producing cells (beta cells) and has a role in food intake limitation. There are no exact facts on what the pancreas polypeptide does yet , but the so far experience implicates that it suppresses the hunger. 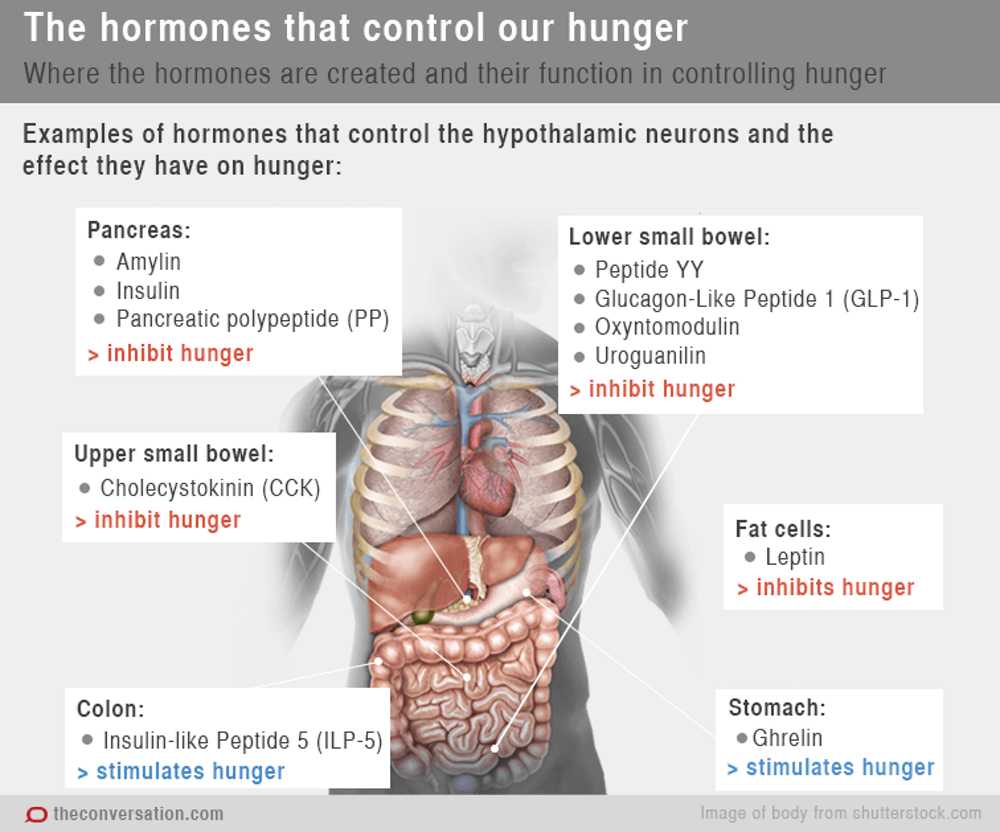 HORMONES THAT CONTROL OUR APPETITE

Positioning and functions of The hormones controling our apetite

The hypothalamus also affects eating behavior; It also receives signals from the paths of indulgence using neurotransmitters such as dopamine, endocannabinoids and sertonin. When saturation is reached, the stomach sends a message to the hypothalamus by reducing the secretion of ghrelin, thereby reducing the desire to eat.

How does weight loss affect our hormones?

Many studies have shown that diet-related weight loss is associated with changes in hormone levels. Leptin levels following weight loss get significantly reduced. Changes in other hormone levels are being noticed due to the feeling of hunger and satiety.

Almost all of these changes increase hunger, reduce satiety and increase fat storage capacity and lead the person to recover lost weight. These hormonal changes occur at least one year after weight loss, leading to a constant increase of hunger state.